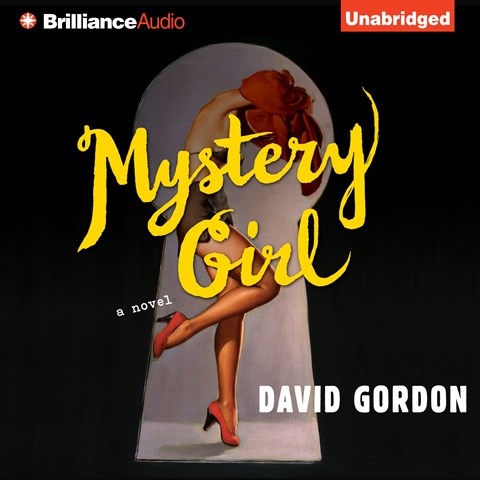 Luke Daniels's impressive range of expression and accents elevates MYSTERY GIRL with an imaginative interpretation of the author's comedic intent. Gordon's LA noir follows Sam Kornberg, an unemployed bookstore clerk and unsuccessful novelist, on his new venture as an assistant detective as he tails a beautiful and mysterious woman. Hilarity and magic ensue as Kornberg becomes embroiled with succubi, underground filmmakers, sketchy Hollywood moguls, south-of-the-border shootouts, private eyes, film historians, geeks, Satanists, and other bizarre and distinctive characters. Daniels's portrayals are a joy to savor, while the thriller's artful musings, violence, and suspense will have listeners hanging on for the ride. A.W. Winner of AudioFile Earphones Award © AudioFile 2013, Portland, Maine [Published: SEPTEMBER 2013]