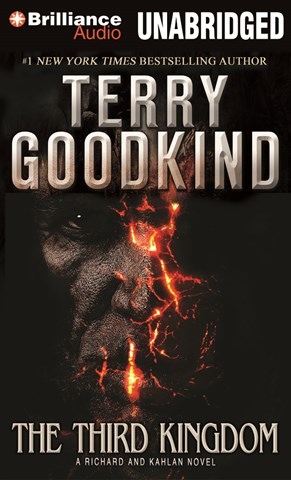 Picking up the threads of THE OMEN MACHINE, Goodkind again separates Richard and Kahlan and creates challenges for them that cause their magic to fail. After they’re separated early in the story, Kahlan becomes a minor character. Sam Tsoutsouvas tackles the many scenes of Richard slashing and hacking at the half-dead and the various other enemies he encounters. Tsoutsouvas keeps the listener engaged through the frequent recaps and extensive repetition for which Goodkind is known. The cast of familiar characters that usually support Richard is barely present, but Tsoutsouvas has the opportunity to introduce a young, gifted woman named Samantha, who will likely be seen again. J.E.M. © AudioFile 2013, Portland, Maine [Published: OCTOBER 2013]