Home»Reviews»TO THE MOON AND TIMBUKTU 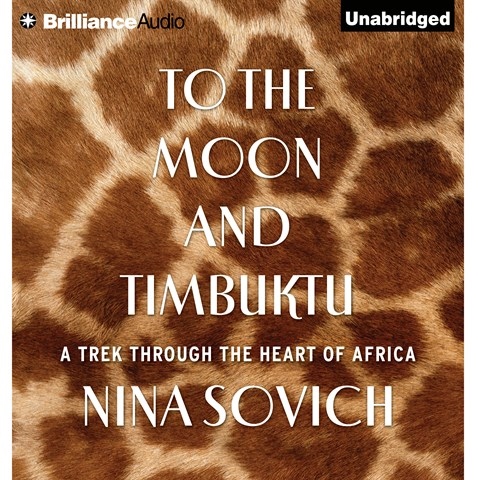 Narrator Amy McFadden captures the free-spirited and unsettled nature of Nina Sovich, a young woman who feels bound by the confines of her high-pressure job in Paris and her new life with her French husband. Dreading what she perceives as a suffocating life, Sovich takes a cue from two women who are important to her: her mother, who periodically punctuated her suburban life with solo "escapes" during the author's early life, and Mary Kingsley, a nineteenth-century British woman who set off for the unknown in Western Africa to find adventure. McFadden sounds youthful and confident in describing the author's adventures in Western Africa. Her voicing is clear, and she manages to convey a bit of the author's self-indulgent tone. S.E.G. © AudioFile 2013, Portland, Maine [Published: AUGUST 2013]