Home»Reviews»BOY ON THE WOODEN BOX 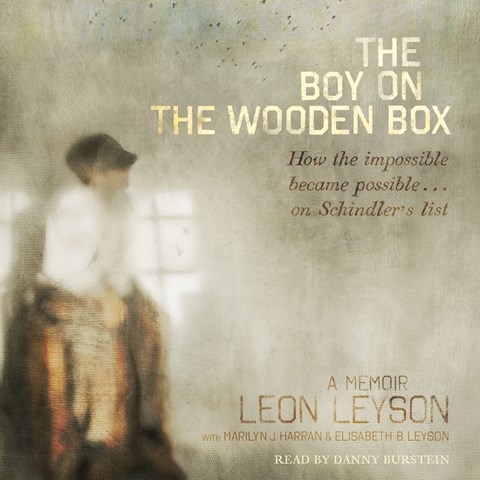 BOY ON THE WOODEN BOX How the Impossible Became Possible...on Schindler's List

Danny Burstein's narration is that of a born storyteller. His pacing changes between words and within them, suspending the story just enough to leave the listener hungry for the next morsel. His voice is both gravelly and soft, appropriate for the grit and tenderness in this story of a boy growing up in Poland during the Holocaust. Burstein is consistently spot-on with the emotional tenor of the moment. His narration truly comes to life as he reads dialogue, which, as he delivers it, sounds like a live conversation. This autobiographical account portrays prewar optimism, the bleak existence of ghetto life, and survival in a concentration camp. In his afterword, Leon Leyson gives a great deal of credit to Oskar Schindler for saving Jews. A.M.P. © AudioFile 2014, Portland, Maine [Published: MARCH 2014]