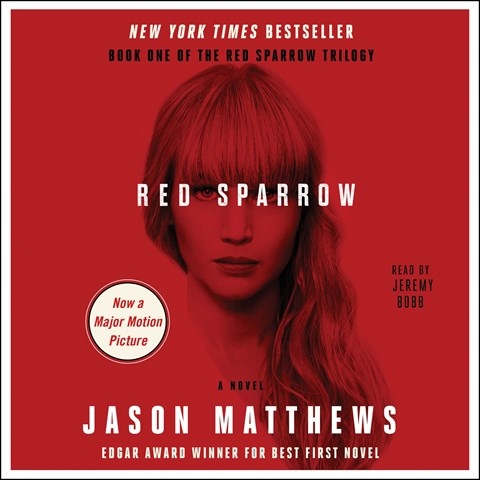 RED SPARROW gives listeners a twofer. Not only is it an excellent espionage novel, but, strange as it may seem, we also hear a gourmet recipe after each chapter wherein that food is mentioned as part of the plot. Narrator Jeremy Bobb gives a sparkling, no-nonsense performance. A "sparrow" is a Russian agent who is trained to seduce an enemy of the opposite sex. Here, the enemy is a young CIA operative named Nate Nash who is handling a Russian general code-named "Marble." The only problem is that sparrow Dominika Egorova, who goes after Nash, does the unthinkable—she falls in love with him. Bobb’s crisp narration speeds listeners through this complicated story, maintaining interest even though Nate and Dominika don't meet until a third of the story has unfolded. A.L.H. © AudioFile 2013, Portland, Maine [Published: AUGUST 2013]