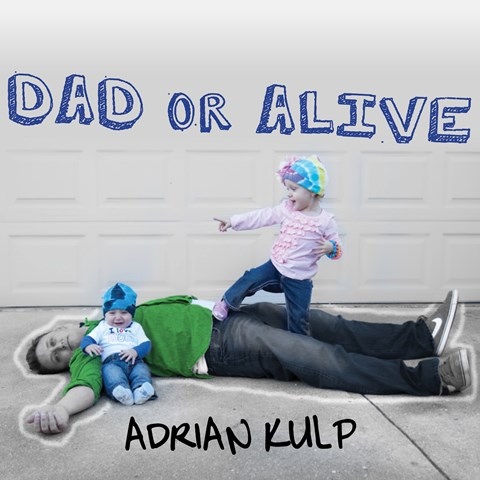 DAD OR ALIVE Confessions of an Unexpected Stay-at-home Dad

In this touching memoir, a comedy talent scout and former executive with the "Chelsea Handler Show" takes us from his wife's pregnancy through their daughter's first birthday, focusing on his experience as a stay-at-home dad. He describes his transformation from a juvenile sports fanatic to someone who doesn't exactly grow up but does come to appreciate the demands and rewards of fatherhood. The author reads rapidly and sounds both genuine and likable, even when his observations and grousing fall short of being funny. Younger fathers will love this work because it's full of f-bombs and the type of adolescent sexual silliness you hear on Handler's show. But by the end of the audio, they'll hear enough thoughtful reflections and encouragement to make the audio as enlightening as it is entertaining. T.W. © AudioFile 2013, Portland, Maine [Published: SEPTEMBER 2013]