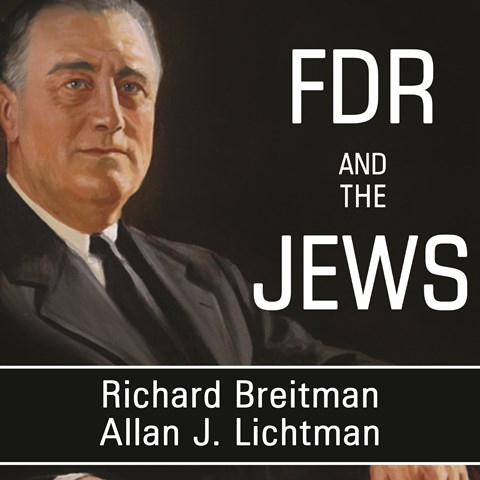 FDR AND THE JEWS

Two distinguished professors of history offer an analysis of the evolving feelings and actions of President Franklin Roosevelt and his inner circle toward the Jewish people of Hitler's Europe. While narrator Todd McLaren provides the narrative persona of a TV documentary, his presentation is not aided by his poorly performed impressions of FDR and First Lady Eleanor. Otherwise, McLaren offers a steady, even narration. Whether Roosevelt's good intentions and actual actions were aggressive enough will not be settled by this lengthy discussion of the surrounding issues. W.A.G. © AudioFile 2013, Portland, Maine [Published: OCTOBER 2013]