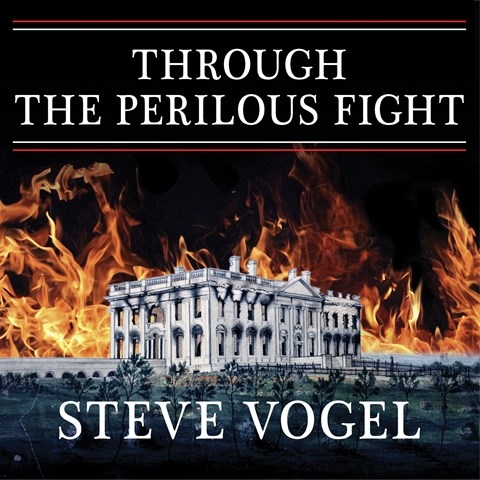 THROUGH THE PERILOUS FIGHT Six Weeks That Saved the Nation

Vogel interweaves a detailed military history of the War of 1812 as fought in and around Washington, DC, with the story of Francis Scott Key and the writing of "The Star-Spangled Banner." Arthur Morey makes the story seem to tell itself. He has an affable, slightly hoarse everyman's voice, easy to listen to and undistracting. His manner is low-key and never calls attention to the performance. He modulates tone to sense with precision but maintains a conversational ease, like a friendly expert personally telling us what happened. The balance of formality and intimacy fits both the nonfiction genre and the medium of audiobooks. A few editing mistakes won't stop listeners from being absorbed in this production. W.M. © AudioFile 2014, Portland, Maine [Published: JANUARY 2014]