Home»Reviews»AT NIGHT WE WALK IN CIRCLES 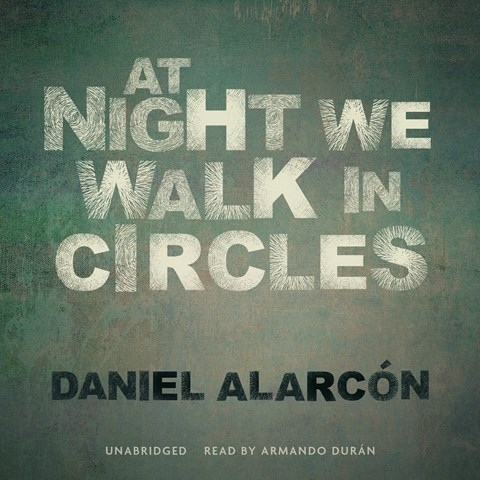 AT NIGHT WE WALK IN CIRCLES

Armando Durán’s slight accent adds authenticity to this novel by Peruvian author Alarcón. In an unnamed country in the Andes sometime after "the war," Nelson is a young actor who has been recently selected to join the guerrilla theatre troupe Diciembre. A theatrical event entitled "The Idiot President," performed by Diciembre, is at the novel’s core. Durán’s natural style of voice acting is a pleasure to hear. Throughout the work, he reads thoughtfully and precisely, especially the curious series of misunderstandings that lead to the book’s final ironic act—which is surreal and idiosyncratic but ultimately satisfying to the listener. S.C.A. © AudioFile 2013, Portland, Maine [Published: DECEMBER 2013]