Home»Reviews»BY THE RIVERS OF WATER 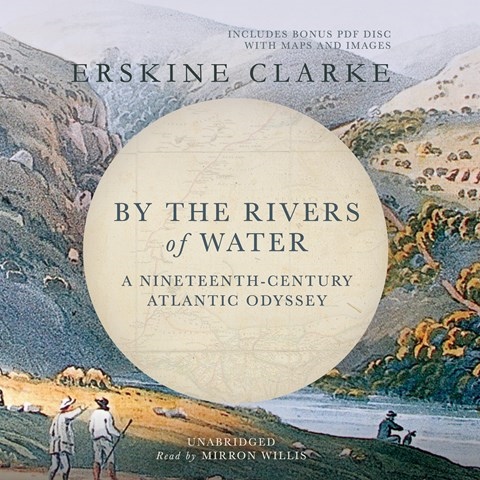 BY THE RIVERS OF WATER A Nineteeenth-Century Atlantic Odyssey

The Wilsons, a missionary couple from the U.S. South, lived in West Africa before the Civil War. As delivered by Mirron Willis, their story becomes something like a lively university lecture. The couple's actual lives are not as interesting as the historical period they were part of. The debate over freeing American slaves and the formation of Liberia as a refuge for them takes precedent. How a dictionary shaped an African language, African beliefs about faith, and the effects of the Liberia colony on the people who already lived within its borders also are emphasized. This is an an area of history that may be new to many listeners. J.A.S. © AudioFile 2013, Portland, Maine [Published: DECEMBER 2013]