Home»Reviews»THE CASE OF THE LOVE COMMANDOS 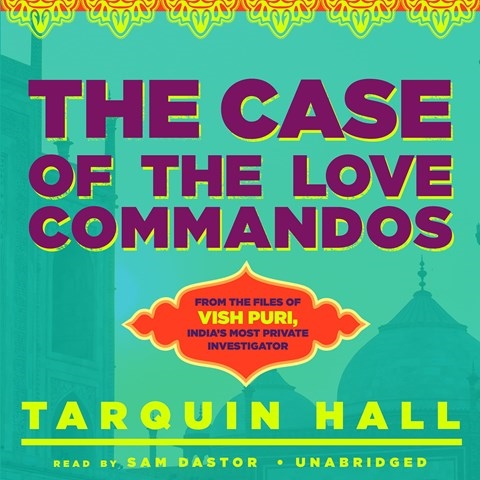 THE CASE OF THE LOVE COMMANDOS From the Files of Vish Puri, India's Most Private Investigator

The fourth book in the Vish Puri series tells a story of modern Indian society, love, and mystery. Sam Dastor's rich tenor voice infuses the story with a playful vividness that captures the large cast of characters. His strengths are in delivering the narrative, the lengthy descriptions of the setting, and the speech of the male characters. For some listeners, Dastor's voices for female characters may seem too high pitched, needling, and grating. But these characterizations, one could argue, are inherent in the text, not just in the audio version. Dastor capably moves the listener through the complex layers of this delightful portrait of Delhi, complete with jewelry heist and star-crossed lovers. M.R. © AudioFile 2013, Portland, Maine [Published: DECEMBER 2013]