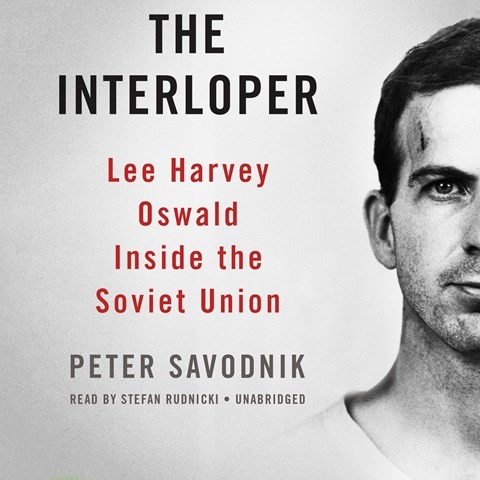 THE INTERLOPER Lee Harvey Oswald Inside the Soviet Union

With the 50th anniversary of the Kennedy’s assassination, some may wonder about the man who assassinated the president. Savodnik’s work answers questions about Lee Harvey Oswald and gives an interesting look at life in the former Soviet Union at the time Oswald tried to emigrate there. Stefan Rudnicki’s performance, while adequate, comes across as somewhat slow and plodding. When he reads from Oswald’s correspondence, he attempts to affect the voice of someone who is a bit slow on the uptake, and he doesn’t quite succeed. Overall, the performance results in a mixed bag—an interesting account that is not always served well by the reading. M.T.F. © AudioFile 2013, Portland, Maine [Published: DECEMBER 2013]