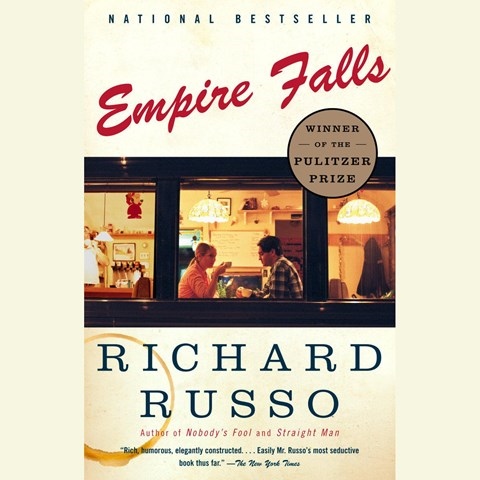 Like so many dying New England towns, Empire Falls is a mill town without a mill. A band of working-class characters with little work makes up Richard Russo’s new novel. First among them is Miles Roby, divorced father and not-quite-owner of the Empire Grill. As the book’s characters move on and off the diner’s barstools, swing in and out of the kitchen, and occasionally slide into a booth--Miles’s story unfolds--panoramic and humane in its exploration of stuck lives. No one’s pickier--or shall we say “more discriminating”--about a Maine accent than a Mainer, and Ron McLarty’s is a little off. But everything else about his narration is near perfect. In walking the fine line between mundaneness and desperation, he manages to inhabit these characters and make sense out of their cussed, sometimes noble, responses to diminished options. E.K.D. © AudioFile 2001, Portland, Maine [Published: AUG/ SEP 01]