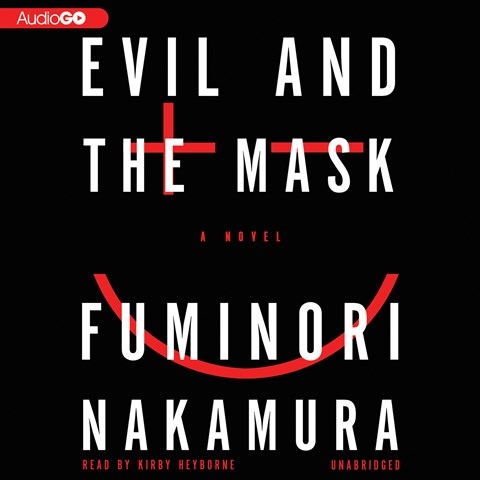 EVIL AND THE MASK

Kirby Heyborne's powerful performance conveys the sense of foreboding and spine-tingling electricity in award-winning Japanese novelist Nakamura's second novel. When he is 11 years old, Fumihiro Kuki's father tells him he created him to be "a cancer on the world." His father warns that on his fourteenth birthday he will do something so terrible to Fumihiro's adopted sister, Kaori, that it will destroy Fumihiro's faith in humankind and turn him into a depraved monster. As the boy plots and executes the perfect crime, Heyborne's pacing is spot-on, and his tone is just creepy enough to keep listeners riveted. Heyborne delivers each moment of the complex story with conviction, drawing listeners into Fumihiro's lifelong attempts to free himself from his father's curse. S.J.H. © AudioFile 2013, Portland, Maine [Published: SEPTEMBER 2013]