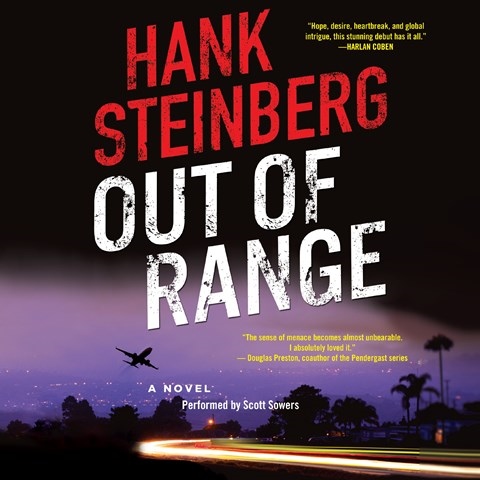 Six years ago, suburban Californians Charlie and Julie Davis fled Uzbekistan, where Charlie had been working as a journalist, at the start of a bloody uprising. Now, while visiting Disneyland, Julie goes missing, and Charlie discovers they've become entangled with a dangerous power player in the region. Narrator Scott Sowers sets a fast pace for this thriller. He's particularly strong in his portrayal of Charlie as a formerly mild-mannered news photographer who is determined to find his wife. Sowers provides a somewhat quirky English accent for the British-born Julie but excels at presenting her terror at being abducted and held by terrorists. In an especially chilling portrayal, Sowers gradually reveals the Uzbek villain's maniacal hunger for revenge. N.M.C. © AudioFile 2013, Portland, Maine [Published: JULY 2013]