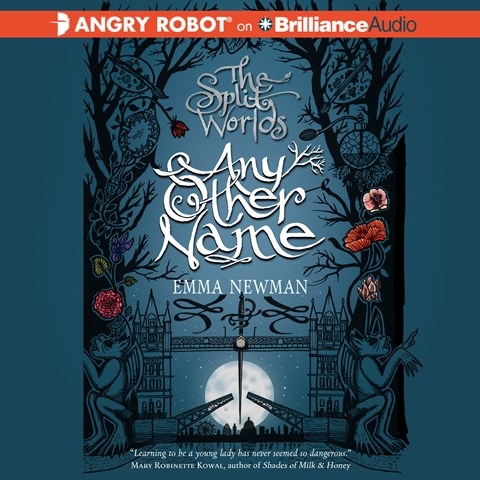 ANY OTHER NAME Split Worlds Series

Emma Newman picks up the narration of her series as her main character, Cathy, continues to be torn between two parallel worlds--one, a world of magic, and the other, the mundane world. Newman relies primarily on pitch and pace within a somewhat limited vocal range to distinguish her characters. However, she sustains her engagement and empathy with the story and keeps the plot moving. As Cathy is forced into an arranged marriage and finds her confidence and self-reliance eroding, Newman's nuanced tone highlights her theme, which questions the distribution of power in a patriarchal society. J.E.M. © AudioFile 2013, Portland, Maine [Published: OCTOBER 2013]