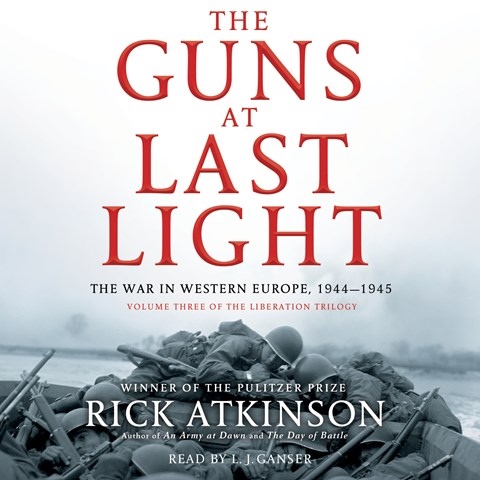 D-Day represents the starting point of this mammoth work, which covers the last two years of WWII. From there, it goes on to recount the challenges and successes of the Allied push to end the conflict. L.J. Ganser uses his insistent voice to keep the story moving. His midrange tone has a nasal tinge, and he pronounces the French and German passages accurately and with feeling. He generally stays away from character differentiation, just slightly varying his voice to let us know that someone is talking. There are times when the sheer weight of the story, the statistics, and the military jargon get to be a bit much, turning Ganser into a reciter rather than a narrator, but given the book’s length and scope, that’s a minor complaint. R.I.G. © AudioFile 2013, Portland, Maine [Published: JULY 2013]