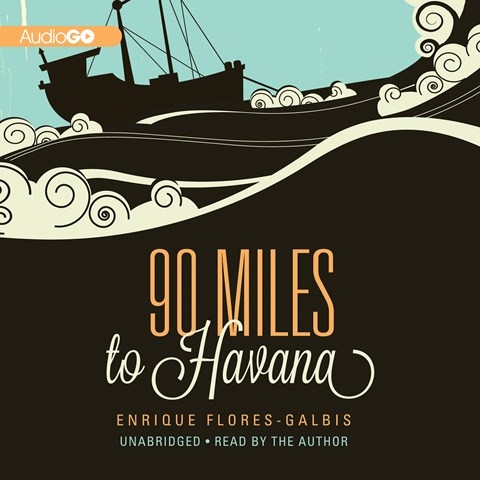 Author and narrator Enrique Flores-Galbis is a master of duality in this nuanced story of the Cuban revolution. His writing and narration are superb. In both, his humble style of storytelling is arresting. When revolution comes to Cuba, Julian is just a boy. He doesn’t even know what a revolution is. In leaving Cuba and losing his family, Julian finds new ways in which he’s both vulnerable and strong. Flores-Galbis’s voice embodies the contradictions of Julian’s experience. We hear that vulnerability in a soft, almost hesitant, voice; underneath is a quiet confidence. The pacing ebbs and flows as naturally as the tide between Havana and Miami as Julian figures out what is right and determines to do his part to help. A.M.P. Winner of AudioFile Earphones Award © AudioFile 2014, Portland, Maine [Published: JANUARY 2014]