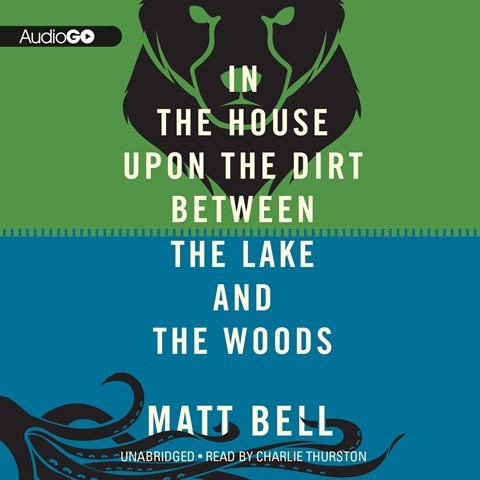 Fantastical and nightmarish, Matt Bell's novel unravels the many births, deaths, and transformations that estrange a couple living in "the house built upon the dirt," isolated in an expansive nowhere. Matching the repetition of words and phrases, narrator Charlie Thurston uses rhythm and its momentum as his guide. This is the husband's version of events, and Thurston's performance reveals his descent into mania as he is caught in a tug of war between mythical sons. Thurston's tone is often confrontational, even loud, emphasizing the husband's changing states of frustration and helplessness. Yet the writing and performance combined cause the grotesque events to seem quite natural, creating an unsettling but compelling story. A.S. © AudioFile 2013, Portland, Maine [Published: OCTOBER 2013]