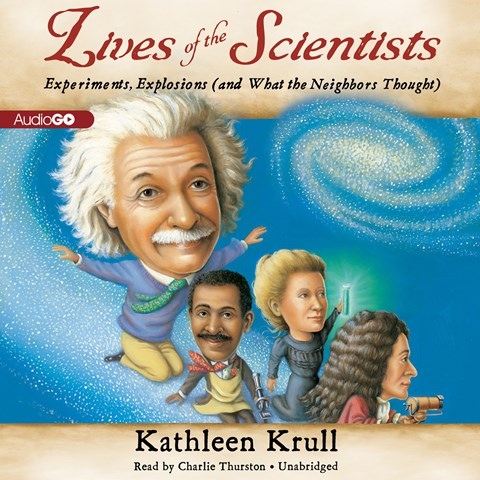 LIVES OF THE SCIENTISTS Experiments, Explosions (and What the Neighbors Thought)

Narrator Charlie Thurston's slight sibilance and heavy consonants are a pleasure to listen to. Thurston's relaxed pacing allows time to digest the information given in this nonfiction work and imagine the people and places described. However, the transitions from one topic to the next aren't always clear. Thurston does move smoothly from a straightforward delivery to a more intimate inflection when recounting aspects of the scientists' lives, some of which include such details as what these famous people ate, drank, and wore. Extramarital affairs and children out of wedlock are also noted. A.M.P. © AudioFile 2014, Portland, Maine [Published: JANUARY 2014]