Home»Reviews»ON THE ROAD WITH BOB DYLAN 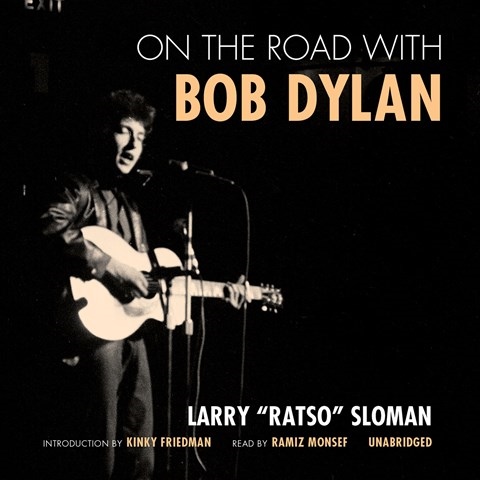 ON THE ROAD WITH BOB DYLAN

When he was invited to participate in Bob Dylan’s legendary Rolling Thunder tour in 1975—which comprised a ragtag caravan of mid-70s folk-rock luminaries—the author proved such a gadfly that Dylan unceremoniously removed him a week later. Sloman, however, doggedly persevered in a decidedly “unofficial” capacity. Narrator Ramiz Monsef, with his Yiddish street-punk delivery, conjures Sloman’s bottom-feeding persona. A guest intro by Kinky Friedman—who actually participated in the tour—lends an air of validation to an otherwise profane affair. Given its anarchic nature, this memoir probably sums the tour up more accurately than the half-dozen “official” accounts. J.S.H. © AudioFile 2013, Portland, Maine [Published: DECEMBER 2013]