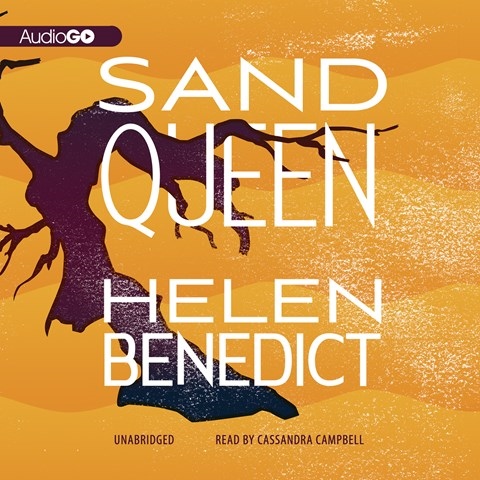 Benedict's novel focuses on two women--one from each side of the War in Iraq. Narrator Cassandra Campbell's has a large range of characterizations, which the novel demands since the chapters alternate between American and Iraqi points of view. Her portrayal of American Kate Brady is fierce and believable. However, Campbell stumbles when it comes to the Iraqi characters, particularly the young Naema. Her accent sounds more Russian than Middle Eastern, and at times Naema's mother has a French lilt to her dialogue. This inconsistency of skill is distracting to the listener despite the story's gritty power. M.R. © AudioFile 2013, Portland, Maine [Published: SEPTEMBER 2013]