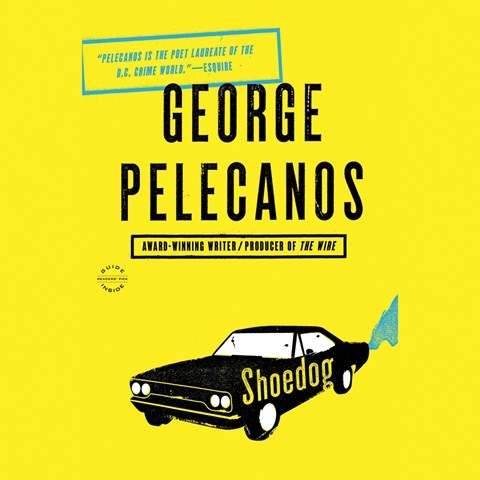 From early in the Pelecanos oeuvre comes this classic noir story of a drifter, a setup, and a double cross. Dan Woren's resonant voice ranges from seductive to menacing as the drifter, Constantine, makes all the wrong choices. Despite being warned off by his new partners, Constantine is drawn like a moth to flame to an upcoming heist and to the boss's much younger lover. The story is filled with references to muscle cars and '70's music as the inevitable double cross unfolds, followed by Constantine's retribution. One scene mars the otherwise excellent performance with several stereotypical characterizations. But overall, Woren plays the staccato sentence rhythms to their advantage, driving the story to its resolution. M.L.R. © AudioFile 2013, Portland, Maine [Published: OCTOBER 2013]