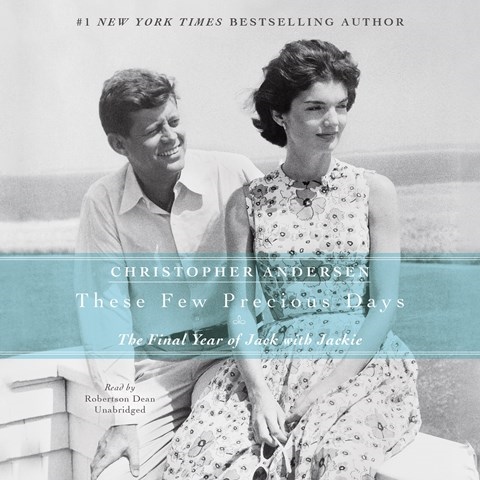 THESE FEW PRECIOUS DAYS The Final Year of Jack with Jackie

Andersen provides a detailed and intimate take on Jack and Jackie Kennedy’s marriage, highlighting their final year together. There’s little, if any, new information here, but the precise writing adds a personal feeling. Robertson Dean’s baritone—particularly well suited to extended listening—is simply splendid. His unhurried pace allows the listener to savor his narration. Ultimately, this is an insightful love story set amid a Cold War presidency and culminating in the assassination in Dallas on that awful November day in 1963. Of particular focus is the impact of the Cuban Missile Crisis on the day-to-day aspects of the Kennedy marriage. W.A.G. © AudioFile 2013, Portland, Maine [Published: SEPTEMBER 2013]