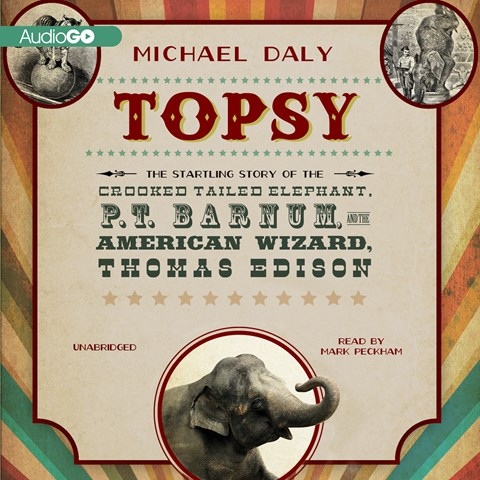 The story of the sadly electrocuted elephant Topsy is actually two stories: one of circuses and one of the fight over electricity standards. Mark Peckham narrates the exploits of the two men who figure most in those stories with dramatic emphasis. He brings to life the boasting and trickery of P.T. Barnum and the strident statements of Thomas Edison with equal skill. Peckham creates mental pictures skillfully, re-creating a past era and the lives of two of its legends. Oddly, Topsy herself is the least interesting element, even considering the circus wars over elephants. Still, the book is a fascinating listen. J.A.S. © AudioFile 2013, Portland, Maine [Published: SEPTEMBER 2013]