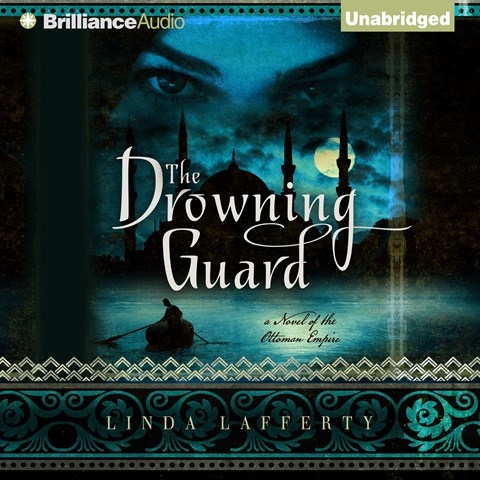 THE DROWNING GUARD A Novel of the Ottoman Empire

This well-researched novel—part romance, part cultural history—is not to be missed. Suzanne Cypress does an excellent job as the narrator of a story told from the perspective of a male protagonist. Every night Esma Sultan, a powerful Ottoman princess, seduces a Christian soldier and then has him drowned in the Bosporus in the morning by the only man she loves—her drowning guard. Cypress’s vocal dexterity switches between male and female characters with seamless precision. Her pronunciation of Arabic words is perfect, and her variations in pitch, tone, and diction bring to life a cast of characters of various religions and nationalities. Suspenseful, dramatic, and vivid, this is the kind of book you hope for in an audio title. M.R. © AudioFile 2013, Portland, Maine [Published: AUGUST 2013]