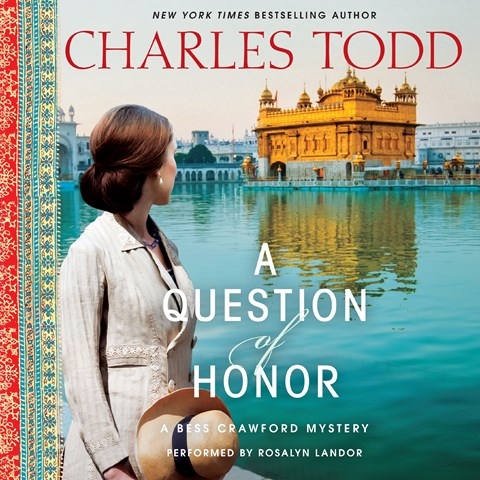 A QUESTION OF HONOR A Bess Crawford Mystery

You can't go wrong with anything narrated by Rosalyn Landor. While this Bess Crawford mystery is less cohesive than others of their works, the mother-and-son writing team of Charles and Caroline Todd provides a grim look at the realities of war as well as an intriguing mystery for Bess to solve. In 1908, when she was a child in India, Lt. Thomas Wade, a well-respected member of Bess's father's regiment, allegedly murdered an entire family and his own parents. Landor's impeccable performance makes Bess's shock credible when she learns that Wade, who was reported dead, is possibly still alive. Landor is completely convincing as Bess decides to find him and discover the truth surrounding the killings. Landor's lush voice and artful delivery make this worthwhile listening. S.J.H. © AudioFile 2013, Portland, Maine [Published: SEPTEMBER 2013]