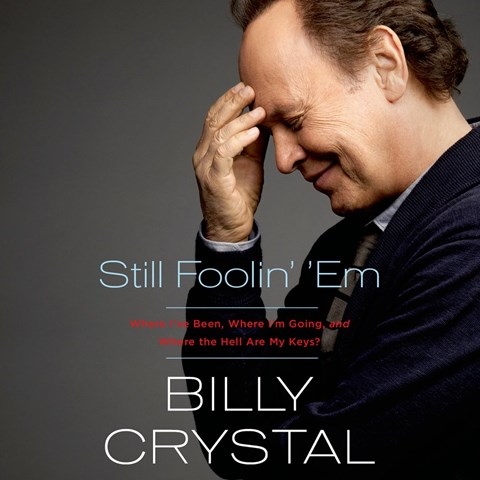 STILL FOOLIN' 'EM Where I've Been, Where I'm Going, and Where the Hell Are My Keys?

At 65, Billy Crystal is a master of comic timing, as he demonstrates during his narration of STILL FOOLIN' 'EM. A fine actor and nine-time Oscar host, Crystal knows exactly how to deliver his artful blend of touching memoir and rueful riffs on the indignities of aging. Several chapters were recorded before a live audience, giving him the opportunity to exchange banter and charm a crowd—as he no doubt will many listeners. The chapters recorded in a studio miss some of the energy Crystal injects when he responds to copious laughter and applause. In both modes, however, he proves himself accomplished, nuanced, and—best of all—very funny. A.J. 2014 Audies Finalist © AudioFile 2013, Portland, Maine [Published: SEPTEMBER 2013]