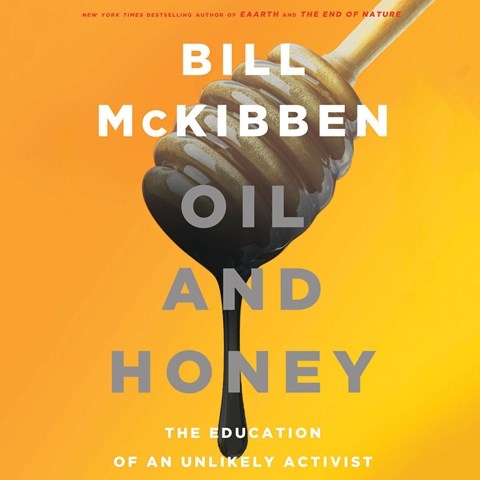 OIL AND HONEY The Education of an Unlikely Activist

McKibben examines local and global aspects of the environment. Narrator Kevin T. Collins captures the author’s feelings of excitement, success, and frustration as he crusaded against the 2,000-plus-mile Keystone Pipeline. These experiences contrast with those he has at home in Vermont, where he learns the trade of beekeeping. Collins’s amiable voice and engaging tone pull in the listener, adding to McKibben’s prose to the extent that it’s hard to tell where McKibben ends and Collins begins. The strength of Collins’s performance is his ability to be emphatic without being overly dramatic—a challenge, given the passion in McKibben’s prose. L.E. © AudioFile 2013, Portland, Maine [Published: NOVEMBER 2013]