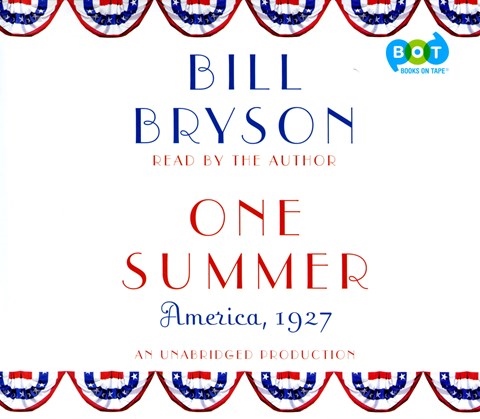 Bill Bryson offers up a chronicle of an eventful summer in American history: the summer of 1927. Bryson is an engaging narrator because of his evident interest in— indeed, fascination with—the subjects he writes about. Informative and by turns wry, Bryson is enthusiastic, and his hint of a British accent is delightful as he describes a number of historical events: the fervor over Charles Lindbergh, Al Capone’s singular success in the bootlegging trade, and the release of the first “talking picture.” Bryson expertly ferrets out little known details and curiosities and tinges them with dashes of humor, making for a work chock-full of facts that shed new light on the history you thought you already knew. S.E.G. 2014 Audies Finalist © AudioFile 2013, Portland, Maine [Published: OCTOBER 2013]