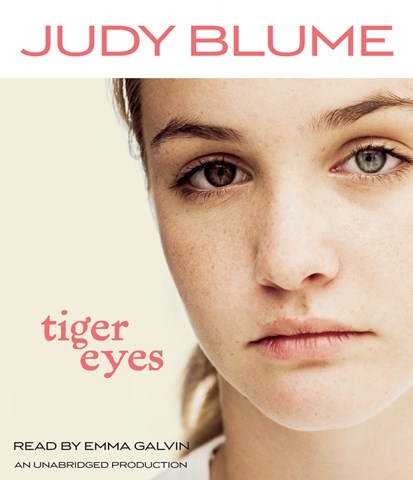 Narrator Emma Galvin reprises Blume’s timeless novel of grief and self-discovery for today’s teens. Fifteen-year-old Davey Wexler struggles to accept her father’s murder and her family’s relocation to Los Alamos, New Mexico. A chance meeting with an intriguing boy gives Davey a secret joy that helps her cope. Galvin eschews Blume’s dreamy, remote text for an immediate, intimate reading. Her choice to avoid accents helps the story retain its universal nature. However, Galvin sets a rapid pace in the first chapters, which makes it difficult to absorb the backstory. Some secondary characters don’t have distinct voices. And while Galvin doesn’t overact, her youthful insouciance labors to capture Davey’s poignant desperation. Still, TIGER EYES is a classic that makes for a powerful audiobook. C.A. © AudioFile 2013, Portland, Maine [Published: AUGUST 2013]