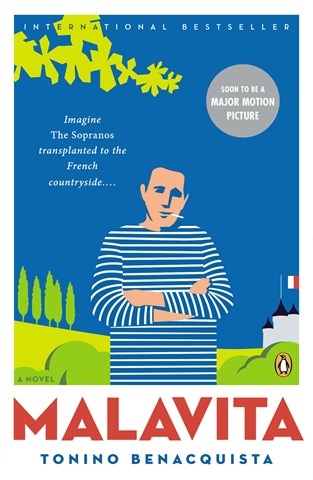 Edoardo Ballerini, whose acting credits include a stint on “The Sopranos,” is a natural fit for a caper about a New Jersey Mafia family holed up in a village in Normandy, France. Equally comic, violent, poignant, and gory, Benacquista’s MALAVITA is about what happens when former mobster Fred Blake, aka Giovanni Manzoni, is uncovered by a former rival. Think "Goodfellas" family style with a Gallic flair. Ballerini’s French pronunciation is fine enough, and he nails the American and Italian-American accents and attitude. The teenagers are believably bored-superior-affecting. His Fred, an unapologetic killer discovering himself while writing his memoirs, is a study in shifting characterization. And the straight-ahead narrative is clear and well paced. Good, bloody fun, including the delightful melodies used to change scenes. A.C.S. © AudioFile 2013, Portland, Maine [Published: JULY 2013]