Home»Reviews»TO BE A FRIEND IS FATAL 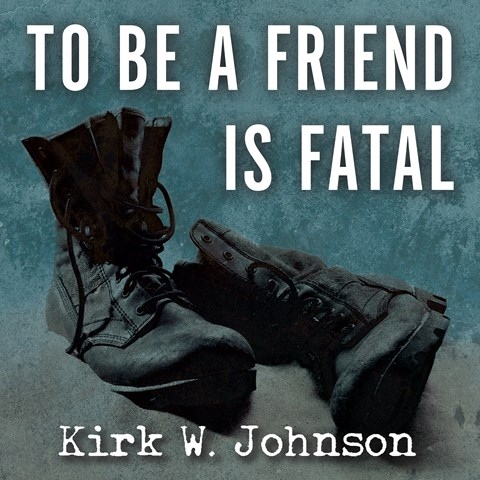 At the close of the War in Iraq, the U.S. government abandoned many Iraqi civilians who had been employed in the war zone by the military, government agencies, and contractors. In his important memoir, Johnson's disdain for this immigration policy is palpable in both his words and voice. Johnson worked in Fallujah with the USAID in 2005 but was prevented from returning to Iraq after a serious accident while on vacation. He stumbles into a new career running the nonprofit "List Project," which lobbied for policy change while helping Iraqis navigate the byzantine and unsympathetic immigration bureaucracy. Johnson's flattened delivery can occasionally be disorienting. His anger is not always expressed although his disgust is quite clear. The emotionless voice that Johnson employs for the many bureaucratic emails responding to emotional pleas from fearful Iraqis being threatened with death is disturbingly appropriate. A.B. © AudioFile 2013, Portland, Maine [Published: DECEMBER 2013]