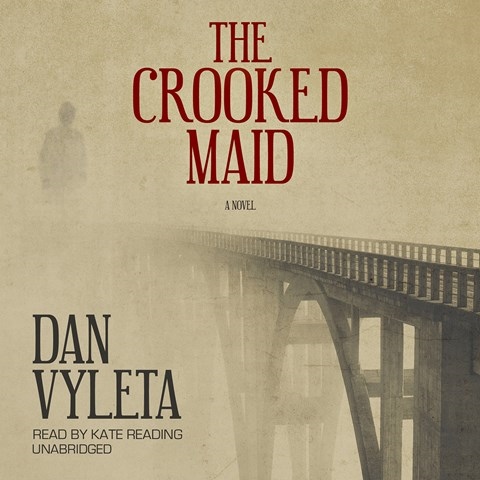 This third novel by a German-Canadian novelist of Czech extraction is his first in audio, but, unfortunately, he is badly served here. Kate Reading’s distinctive British accents make her a strange choice for an atmospheric novel set in post-WWII Vienna—and for a suspense story that depends so heavily on dialogue. She does a credible job with narrative, particularly during the novel’s centerpiece trial scene. Her Russian giant is also effective—except that she uses the same voice and inflections for the novel’s chief detective. And not much can be said for her Viennese or American accents. Vyleta is a fine writer, and his compelling story may draw you in and hold you to the end. But for a more accurate reading, you need to go directly to the page. D.A.W. © AudioFile 2013, Portland, Maine [Published: OCTOBER 2013]