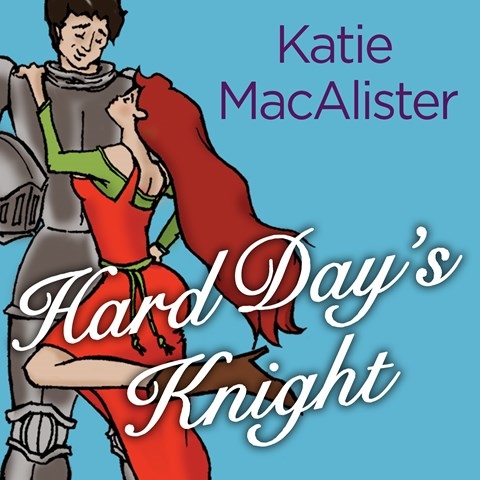 Karen White's energetic pace and wry wit are a perfect complement to Katie MacAlister's outrageously fun romance. Jaded, unemployed software engineer Pepper Marsh agrees to accompany her cousin--and an impossibly troublesome cat--to a Renaissance Fair, hoping to find herself a chivalrous knight. Instead, she is nearly trampled by a sidelined jouster and embroiled in a world of historic drama and modern romance. White's range of voices and accents is impressive, as is her ability to delineate each member of this sizable cast. She clearly revels in Pepper's sarcasm and snarky observations, but she also infuses each scene with sympathy and sentiment, crafting a listening experience that is zany, touching, and joyful. B.E.K. © AudioFile 2013, Portland, Maine [Published: OCTOBER 2013]