Home»Reviews»HOMICIDAL ALIENS AND OTHER DISAPPOINTMENTS 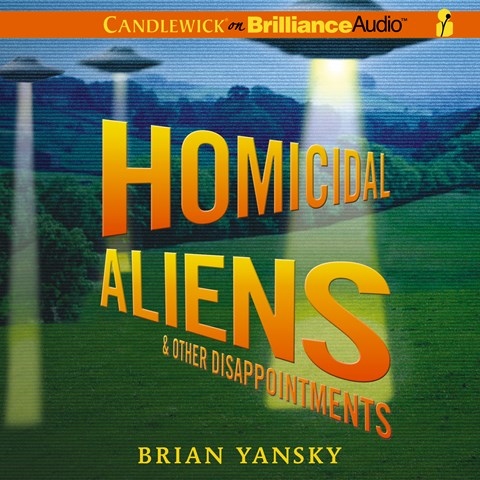 Narrator Alexander Cendese takes listeners securely through the high-stakes battles and tense home-base disputes of the few remaining humans on Earth when extremely deadly and unnervingly polite aliens invade the planet. His gravelly voice and subtle fierceness heighten the chilling practicality of the murderous aliens as well as the suspense of combat and the calculated defense tactics of the human soldiers. This is more than a war story though, and Cendese is equally capable of revealing the quiet moments between attacks and missions. His pacing and tone match the attitude of Yansky's protagonist--disillusioned calm with occasional moments of anger or impulsiveness--which lend a layer of gruff determination to this complex story of loss and resilience. K.S.B. © AudioFile 2014, Portland, Maine [Published: JANUARY 2014]