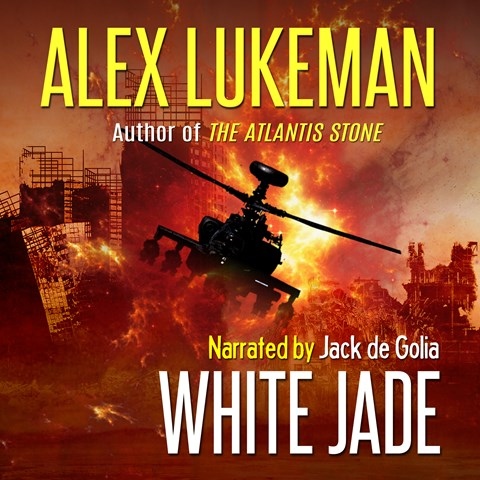 Narrator Jack de Golia takes charge of this thriller and helps listeners weave together an array of plotlines--the search for an immortality drug, an adventure amid ancient ruins, and a possible terror attack on the U.S. In a swift, capable narration, Jack de Golia portrays an international cast that includes Chinese intrigue, a mole in the FBI, and a former American Special Forces operative. He delivers wonderful foreign accents and even does well with female characters. Nick Carter may remind listeners of other tough undercover operatives, but, like the others, he keeps the action flowing. R.F.W. © AudioFile 2013, Portland, Maine [Published: NOVEMBER 2013]