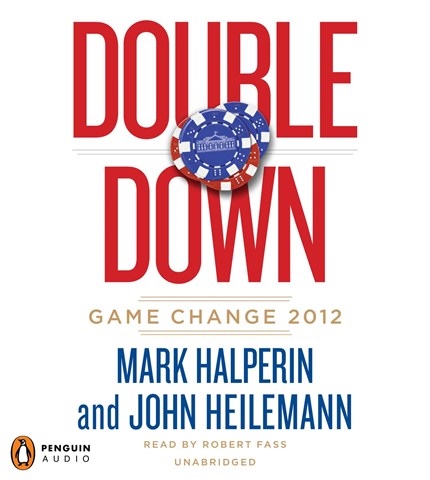 Word lovers and political junkies, rejoice, and listeners who keep a dictionary for that occasional unfamiliar locution, make sure it’s close by. This fascinating examination of the 2012 presidential election is chock-full of intriguing facts and juicy tidbits, as well as being an exceptional lexicon. Robert Fass’s narration blends the right amount of well-paced vocals with emotional candor as the candidates plan their strategies, melt down, implode, and explode. Using information garnered from hundreds of interviews, the authors present a thorough investigation as the candidates’ fortunes rise and fall during the campaign. A sequel to their 2008 book, GAME CHANGE, this new audiobook is likely a precursor to a 2016 version. M.L.R. © AudioFile 2013, Portland, Maine [Published: DECEMBER 2013]