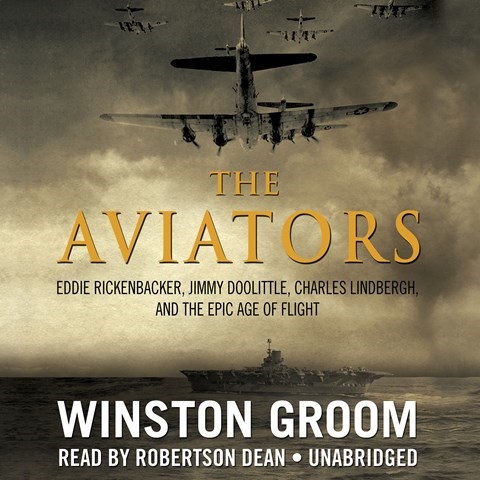 The subject matter carries this audiobook, but that isn’t to say that Robertson Dean is lacking as a skilled narrator. Indeed, he is one of those rare talents who reads so effortlessly that the listener forgets he’s there. This informative book intertwines the careers of three renowned aviators; it’s filled with the imagery of soaring heroes in flimsy winged tubes, daring disaster itself. One can’t forget that air flight as we know it, in war and peace, is barely more than a century old. Neither Groom nor Dean attempts to inject a lot of emotion into the book. They just put the lives and facts forward, yet they stimulate our imagination. D.R.W. © AudioFile 2014, Portland, Maine [Published: FEBRUARY 2014]