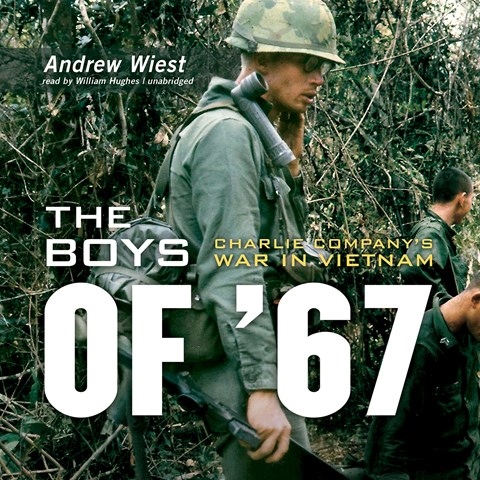 THE BOYS OF '67 Charlie Company's War in Vietnam

William Hughes makes sure that we never forget that this is an audiobook about brave young men who enthusiastically went off to war, only to find their attitudes severely tested as their comrades fell in battle. They joined the War in Vietnam in 1966, before it became a national controversy—by the end of 1967, they returned to protests and were spat upon. In between, the soldiers of Charlie Company served as most other soldiers do—with valor, commitment, and courage. Hughes narrates with a confident, commanding voice that is reflective of the topic. He creates narrative drive by varying his phrasing and employing excellent diction, but he’s consistently too loud and insistent. The result is a book that is best heard in small doses. R.I.G. © AudioFile 2013, Portland, Maine [Published: DECEMBER 2013]