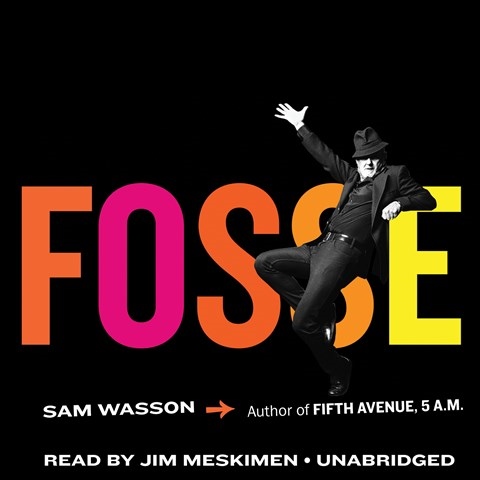 Jim Meskimen’s balanced vocal consistency plays well against the constant turmoil and anxiety of Bob Fosse’s vibrant life. The smart yet cynical innovator, award-winning dancer, choreographer, and Broadway musical and film director is gloriously brought to life once again in this exhaustively researched opus, which includes previously unavailable materials and new firsthand interviews. Meskimen’s well-paced narration style, versatile, breezy, and conversational, helps to humanize a bigger-than-life personality, one that seemed ever to be drawn to and obsessed with death. An American original, Fosse influenced the New York stage and changed the pace in cinematography and film editing. W.A.G. © AudioFile 2014, Portland, Maine [Published: FEBRUARY 2014]