Home»Reviews»HEIR TO THE EMPIRE CITY 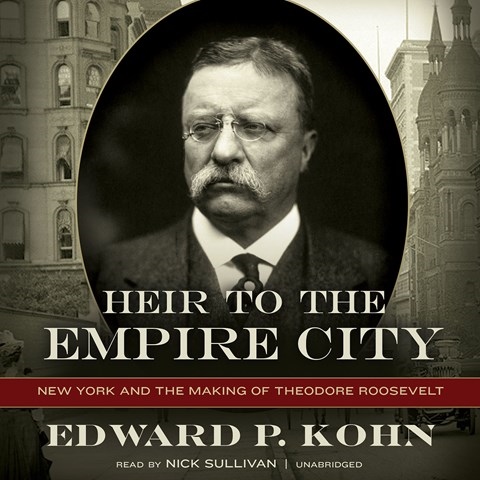 We know a great deal about TR’s national profile, but this book takes listeners back to where he began his political career: New York. We follow Roosevelt through the muck of partisan politics and the development of his progressive streak, which vaulted him to national prominence. Nick Sullivan has a deep, rich authoritative baritone that he uses to bring the original “manly man” to life. He paces himself well, and he presents every word in a crystal-clear voice, making the book easy to understand and follow. But Sullivan’s efforts plateau rather early in the book as he takes a stilted, too formal manner for a history such as this. TR was an adventurer and risk taker, and, as narrator, Sullivan plays it too safe. R.I.G. © AudioFile 2014, Portland, Maine [Published: JANUARY 2014]