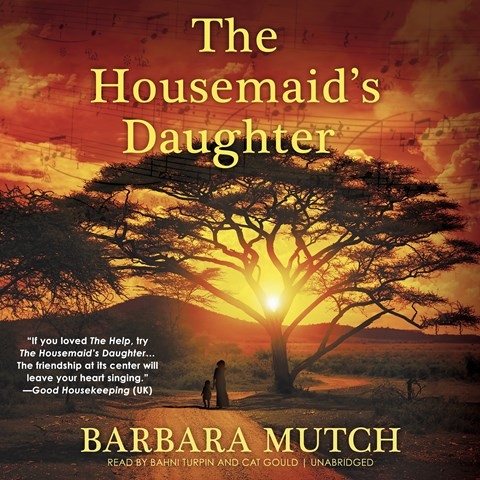 Bahni Turpin uses an Afrikaans accent to tell the story of Ada, a housemaid who lives in the divided society of South Africa during apartheid. Turpin’s slow, measured tone describes the house, the family, and those Ada cared for. Cat Gould brings a thick Irish brogue to the mistress of the house, Cathleen Harrington, who travels from Ireland in 1919 to Craddock, South Africa, to marry her fiancé. Each chapter begins with one of Cathleen’s diary entries, read in in hurried snatches by Gould, and then shifts to Ada’s point of view as she recounts her experiences in this segregated world. In melodious tones, Ada finds music in all she does in Craddock, and then in the Karoo Desert. This sad, slow-moving story will draw the listener into life in apartheid Africa. M.B.K. © AudioFile 2014, Portland, Maine [Published: JANUARY 2014]