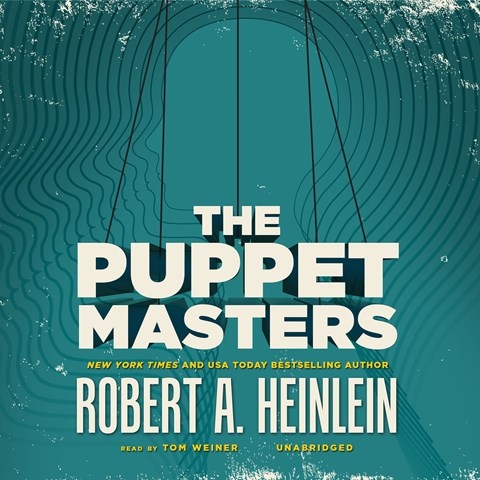 by Robert A. Heinlein | Read by Tom Weiner

Narrator Tom Weiner’s clipped tones mine the paranoia at the heart of one of Heinlein's early classics. Sam Nevins, a spy for a top-secret intelligence agency, is the prototypical fifties hero—blunt, uncomplicated, and quick to action. After years behind “the Curtain,” Sam now faces a new uphill challenge in the form of body-snatching aliens who are overtaking the U.S. Weiner does an equally admirable job with Mary, Sam's fellow agent and squeeze, who proves to be key to foiling the invasion. The story’s supporting characters aren’t complex, but Weiner still makes them memorable. This is a thrilling, fast-moving production, propelled by Weiner's considerable talents. D.E.M. © AudioFile 2014, Portland, Maine [Published: FEBRUARY 2014]