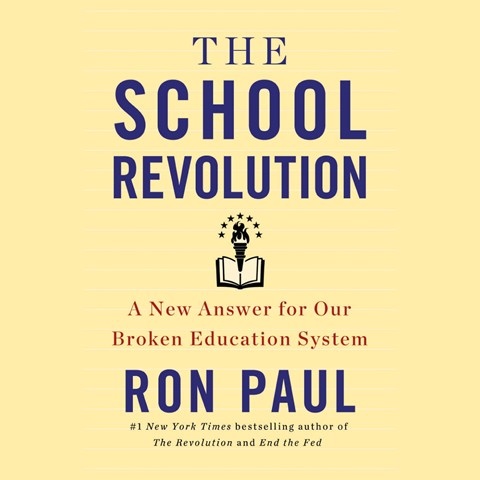 THE SCHOOL REVOLUTION A New Answer for Our Broken Education System

In yet another book that purports to be able to solve the crisis of our failing public schools, politician Ron Paul focuses on home schooling and market forces, a euphemism for charter schools and competition within districts. Narrator Steve Coulter’s down-home earnestness works well; however, anyone looking for how to reform actual existing public schools may be disappointed. Coulter reads with an assured tone and an expressive voice, varying his approach to emphasize Paul’s points and succeeding in furthering his argument. However, Coulter has a propensity to overpronounce his “s” sounds, and there are times when he loses energy during passages that describe more than enlighten. R.I.G. © AudioFile 2013, Portland, Maine [Published: DECEMBER 2013]