Home»Reviews»WHAT WE LOST IN THE DARK 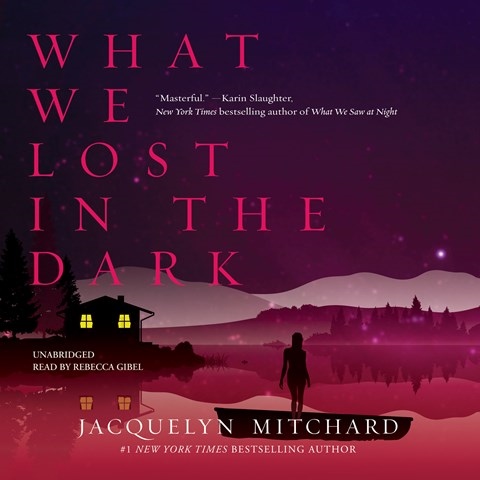 WHAT WE LOST IN THE DARK What We Saw At Night, Book 2

Rebecca Gibel returns to narrate the second entry in Mitchard's young adult series about Allie Kim and her friends, all of whom suffer from xeroderma pigmentosum, a genetic disease that makes them fatally sensitive to the sun. Gibel reads Allie's first-person account with a consistent cadence and a good dose of earnestness, both of which quickly become tedious. Although there’s plenty of action as Allie and Rob learn deep-water diving and continue to gather evidence that a famous geneticist was responsible for a friend's suicide, the plot is weakened by coincidences and excessive foreshadowing. Gibel's lackluster, somewhat stilted, performance makes it difficult for listeners to remain invested in this thriller despite a few emotionally wrenching scenes. C.B.L. © AudioFile 2014, Portland, Maine [Published: FEBRUARY 2014]