Home»Reviews»THE THING ON THE DOORSTEP AND OTHER STORIES 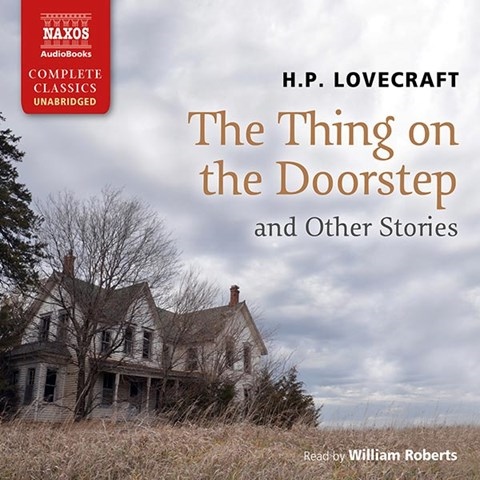 THE THING ON THE DOORSTEP AND OTHER STORIES

Narrator William Roberts evokes just the right amount of tension and terror to reflect the spirit of H.P. Lovecraft. Roberts delivers these stories in a subtly coarse voice that is well suited to horror, keeping listeners solidly engaged. Throughout the macabre tales, Roberts captures characters’ voices expertly—from Derby’s maniacal ravings in “The Thing on the Doorstep” to the narrator’s downward-spiraling lucidity in “The Rats in the Walls.” The scurrying sounds of rodents add further ambiance to the latter story. During scenes of heightened excitement Roberts speaks with energy, and when depicting sinister settings, his low, even tone that fills the listener with trepidation. This chilling listen is best enjoyed after dark. A.K.M. © AudioFile 2014, Portland, Maine [Published: AUGUST 2014]