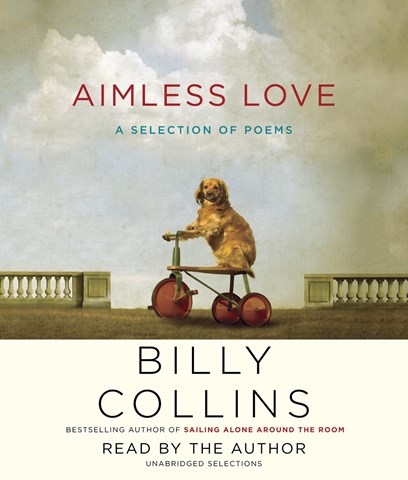 AIMLESS LOVE A Selection of Poems

Authors are not always the best readers of their work, but Billy Collins is the closest we have to a superstar American poet whose voice and readings are familiar from “A Prairie Home Companion.” His dry, almost flat, delivery plays against and strengthens the humor that infuses even his most serious poems. He emphasizes the line breaks (as too many poets fail to do) without disrupting the syntax. Hearing the author's own ideas of how these poems should sound helps us to understand his intentions, as well as Collins's (much underrated) use of imagery. Listeners may find themselves pausing between poems to give themselves a chance to think about each one before starting the next. D.M.H. © AudioFile 2014, Portland, Maine [Published: MAY 2014]