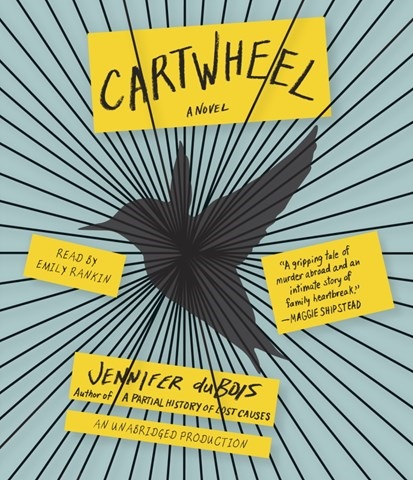 DuBois’s second book is a fascinating novel based loosely on the case of Amanda Knox, the American college student who was accused of murdering her roommate while studying abroad in Italy. Narrator Emily Rankin’s delivery emphasizes the empathy and ambiguity of duBois’s characters. Lily Hayes has been arrested for the brutal murder of her roommate, Katy, but is she capable of such an act? The answer depends on which character you ask, as duBois and Rankin allow each of them to share his or her own perspective. In doing so, Rankin fades into the background to foreground the characters over the story’s narration. With the combined skill of duBois and Rankin, this long novel flies by as the listener attempts to figure out just who Lily is and what she may have done. J.L.K. Winner of AudioFile Earphones Award © AudioFile 2013, Portland, Maine [Published: OCTOBER 2013]