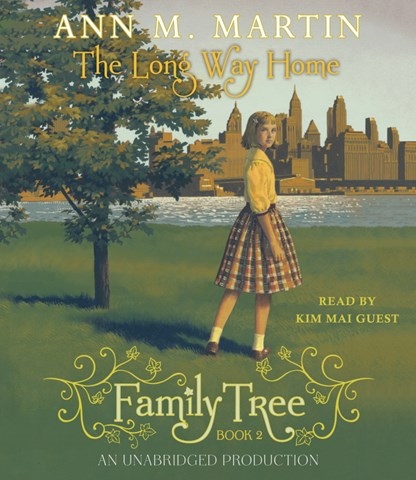 Kim Mai Guest gives a sensitive and compelling performance of a story that depicts family issues at a watershed time in American history. Guest’s range of voices differentiates the characters’ personalities—twins Dana and Julia; their young cousin; and their brother, who has Down’s syndrome. After moving many times with her family, Dana wants to return to the life she has longed for in New York City, but she feels torn about leaving her family. Guest’s careful modulations also bring out the story’s 1960s setting and mores, which are often revealed in the characters’ interactions: In hushed tones Dana’s mother reminds their father to curb his drinking, and a slow, somber announcement informs the family of the assassination of JFK. Guest’s natural delivery complements the powerful story. M.F. Winner of AudioFile Earphones Award © AudioFile 2014, Portland, Maine [Published: JANUARY 2014]